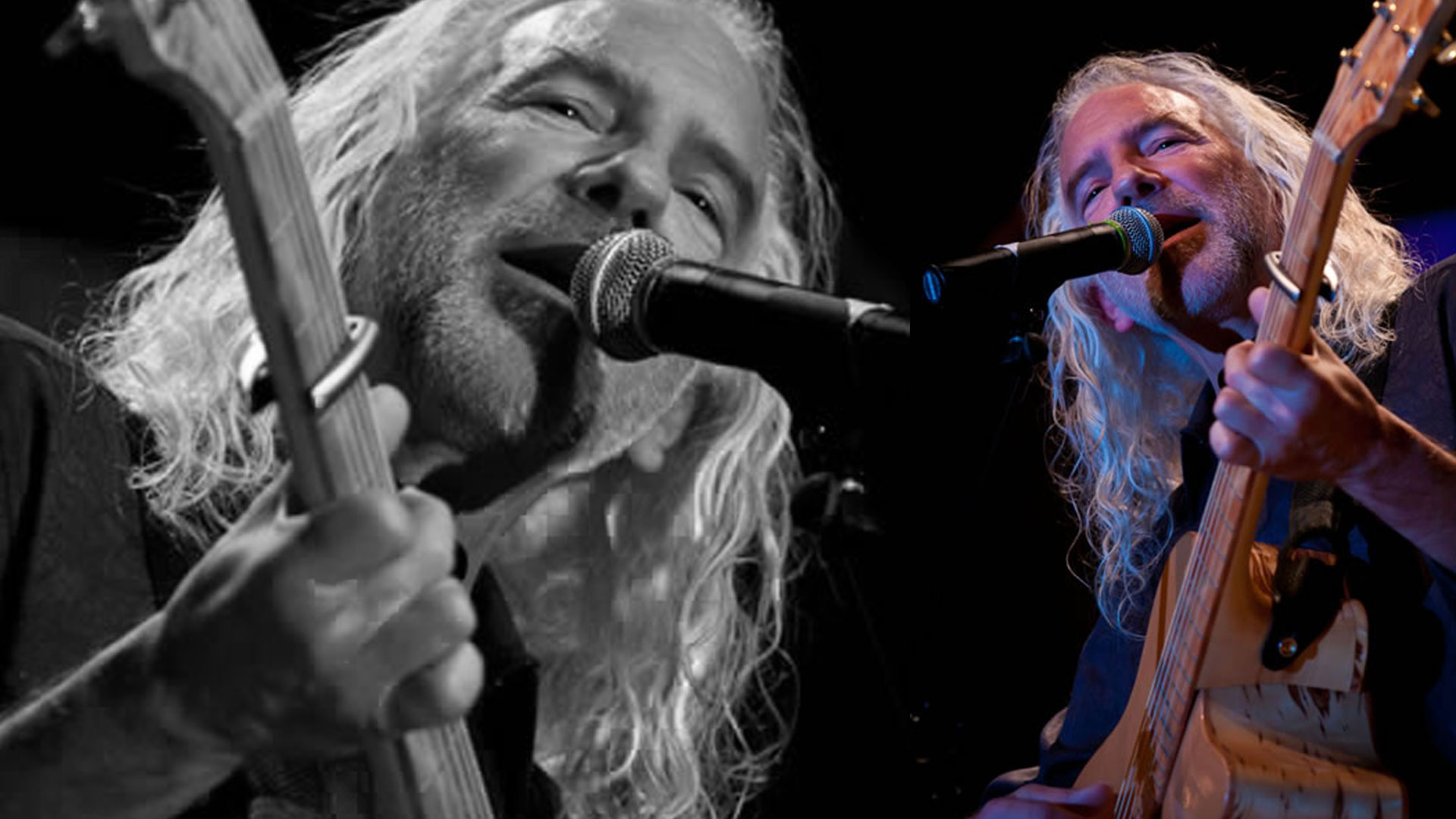 From vinyl to digital, MN Acoustic Music Master (Star Tribune),  Michael Monroe is now in his 6th decade of performing nationally in concert, festival, corporate and educational settings. He has travelled many miles since his first paid performance for an audience of 4000 in Asbury Park, NJ and recording his first demo over 4 decades ago in a “chicken coop” studio owned by Paul Stookey of Peter, Paul and Mary.

Michael’s unique creation of music leaves his audiences mesmerized as he blends his rich vocals, guitar, bamboo and crystal flutes, combining musical styles of acoustic folk and jazzy reggae. Michael’s original music and compelling energy bring a powerful style that is as much fun as it is innovative…music and technology working together powered by creativity… and he recycles his music LIVE on stage as master LIVE Looper since 1990. His soulful performance delights and inspires.

Michael Monroe lived and recorded on the North Shore of Lake Superior in his solar powered log cabin studio until his relocation to the Twin Cities, MN in 2021. His instrumental music was seen across the nation on PBS and Canada in the award winning documentary, “Chased By The Light”, about Jim Brandenburg, National Geographic photographer and best selling author. The documentary was shown at the Toronto Environmental Film Festival and New York Indie Film Fest. Brandenburg and Monroe created a LIVE theater experience in several venues including the Guthrie Theater which featured Brandenburg’s magnificent images and Michael Monroe’s instrumental music. Michael received a 2004 regional Emmy for his music in the KSTP television documentary “Soaring on Mended Wings.”

Michael’s unique creation of music leaves his audiences mesmerized as he blends his rich vocals, guitar, bamboo and glass flutes, combining musical styles of acoustic folk and jazzy reggae.  Michael’s original music and compelling energy bring a powerful style that is as much fun as it is innovative…music and technology working together powered by creativity… and he recycles his music LIVE on stage as master LIVE Looper since 1990. His soulful performance delights and inspires.

Monroe has collaborated numerous times with Jim Brandenburg, In Concert With Nature 2003 at the Guthrie Theater, From My Backyard  DECC Duluth, Reif, Grand Rapids Palace-Luverne, Memorial-Worthington (2017)) and Conservation Through the Lens U of M Landscape Arboretum in 2016.

In 2012 he released a DVD “LIFE OF MY TIME” celebrating his performing original music for four decades and he released his 11th CD, “TIME TO GET AWAY” in 2013. Monroe received a 2013 Artist Initiative Grant from the MN State Arts Board with Legacy funding and produced a DVD about his “Log Cabin Concerts” about the audiences who come from far and near to hear Michael perform in his charming Grand-Marais, MN log home and see his MisTree Studio, where he writes and records his beautiful songs. Log Cabin Concerts are featured in Cabin Life and Lake Superior magazines (2013), Star Tribune and KSTP’s On The Road with Jason Davis (2013.) In 2021, Michael purchased his childhood home in Golden Valley, MN moved on from his North Shore Log Cabin, home of the LOG CABIN CONCERTS, where he resided for 28 years, 11 of these years in Hovland, MN in his solar-powered log cabin.

A 2001 McKnight Performing Musician Fellowship Finalist, Michael’s eighth Simple Life recording was nominated 2006 “Best Contemporary” Recording from the prestigious JP Folks out of 25000 albums in 81 categories. It’s an acoustic collection of tunes inspired by his 11 rustic years hauling wood and water. The music was also inspiration from his custom Seaton Guitars made on the Gunflint Trail by luthier David Seaton. His new tenor, “Baby Snow Leopard” and baritone, “Snow Leopard” have these names because they are made of “birds’ eye poplar” wood which resemble spots of a leopard and unique in that they have the sound holes on the top side of the guitar. The fret board is made from 200 year-old birch reclaimed from the bottom of Lake Superior.

“ABANDIN MY OWN MIND,” Michael’s fourth recording, was released in July 2000, preserving his last performance of the past century and his first of the new…a LIVE CD, recorded at several venues in MN including a MN Public Radio event in Grand Marais, MN. A “Best Of” recording as well as his demonstration of how he performs using his LIVE looping/layering technique…where Michael recycles the musical harmonies, sings and plays on guitar and bamboo and glass flutes.

About his third “as far as i can see” recording the Star Tribune named it Top Ten and said, “Monroe, a rich-voiced eco-folkie, played all the instruments on this touching hymn to nature…A work of art straight from the heart.” It was also nominated for “Best Independent Recording” by the Minnesota Music Academy as well as a JPF nomination for “Best Folk Recording.” “Plugged into the sun,” says the Duluth News Tribune and “Fully at peace with his subtle, yet expressively powerful, delivery” about his music and life in the woods. His 2008 Wintersong recording garnered a City Pages review, “With heartfelt sincerity and a poetic touch in both the lyrics and music, Monroe explores subtle, quiet places that spark the imagination.” By Rick Mason

In 1980 Monroe released his first record, “Summer Rain” on vinyl which was featured May 2003 in the Japanese “Music Magazine” and released by the Japanese label “Bittersweet America” (Vivd Sound) in 2006, followed by a feature in the Japanese publication, “Record Collector”. This TOP TEN Twin Cities MN (Sweet Potato, 1981) album received airplay on “THE BREEZE” and led to performances in the U.S. Virgin Islands. A combination of these experiences and the acquisition of a bamboo flute in India provided the inspiration for his 1992 “Twice In One Day”CD which blends expressive lyrics with an “island sound” about which Dirty Linen magazine said, “This guy could sell a million records…”

In 2015-17, he released his Folk Legends series to honor his musical heroes which was followed by Folk Legends Too and Folk Legends 3 in 2017. I Dig Peter Paul & Mary was recorded in 2018, Moonshadow, his tribute to Cat Stevens in 2018 and You’ve Got a Friend” a Tribute to James Taylor in 2021. These recordings have been featured as part of the ‘tribute’ shows at the legendary Chanhassen DT Fireside Theatre.

Monroe will be releasing his 18th album in 2022-23 album, “Sketches In Time,” written with Creative Initiative Support arts grants from the Minnesota State Arts Board and the Arrowhead Regional Arts Council. He invited fans to send sketch ideas for songs and used them to create tunes for this album as a way to stay connected to his audiences during the pandemic.

In addition to performing at festivals, conferences, colleges, and clubs, Michael performs his original music in school programs and residencies with the MN State Arts Board Performing Artist Roster since 2000, as well as the Young Audiences. Michael has shared the stage with Michael McDonald, Paul Williams, Bernie Leadon (Eagles), Kathy Mattea, John Gorka, Shawn Phillips, Michael Franks, James Cotton, Michael Johnson… Featured on PBS’ Almanac, MPR’s Morning Show, KARE 11, WCCO, KSTP, KMSP, WDIO, and Jason Davis’ ON THE ROAD, Cities 97, KTWN back in the day, he has 2 vinyls and his 17 CDs were recorded using solar power.