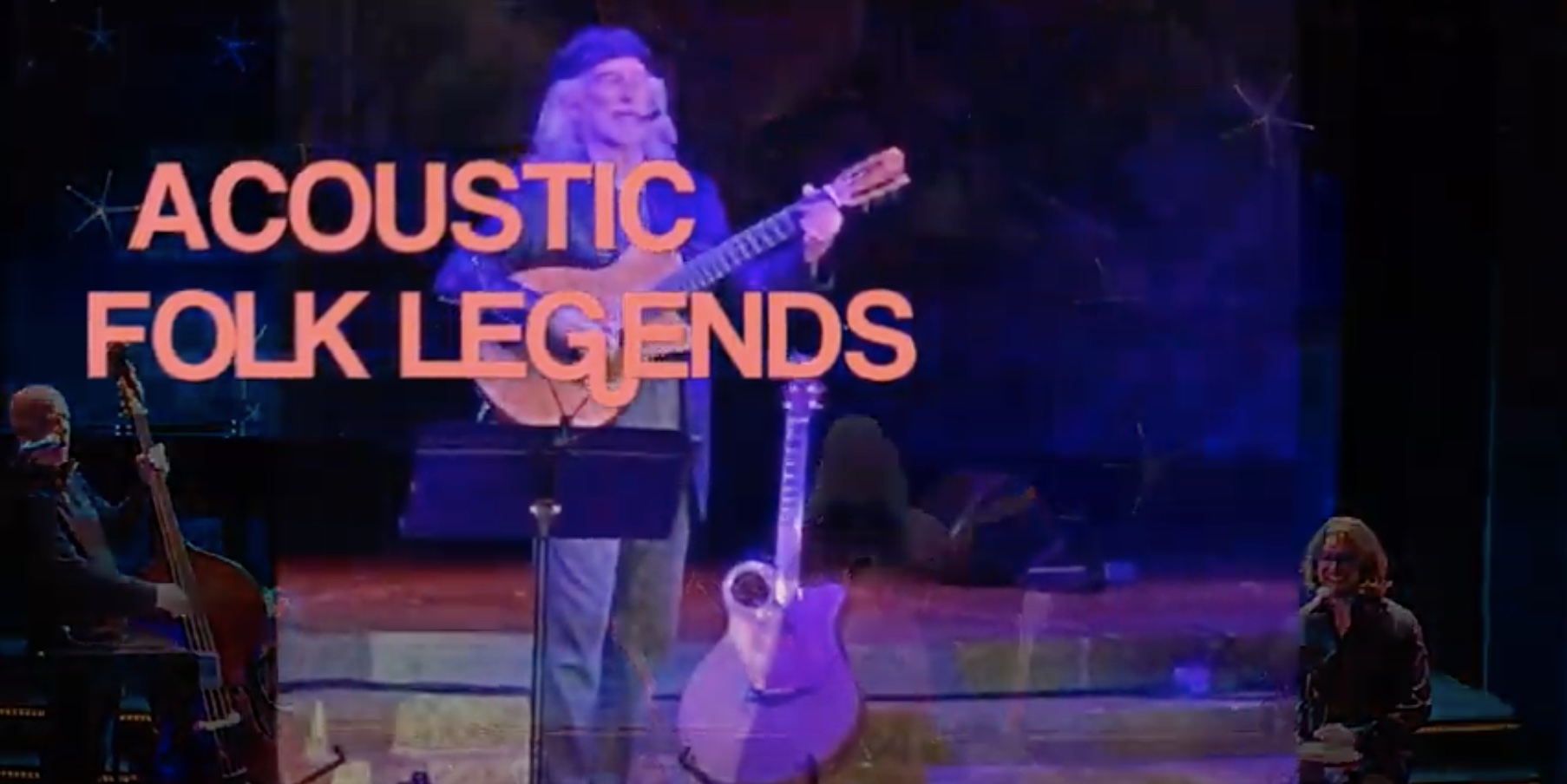 Dinner and cocktail seating and service begins 75 minutes before showtimes.

From vinyl to digital,  Michael Monroe is now in his 6th decade of performing nationally in concert, festival, corporate and educational settings. He has travelled many miles since his first paid performance for an audience of 4000 in Asbury Park, NJ and recording his first demo over 4 decades ago in a “chicken coop” studio owned by Paul Stookey of Peter, Paul and Mary.

Michael’s unique creation of music leaves his audiences mesmerized as he blends his rich vocals, guitar, bamboo and crystal flutes, combining musical styles of acoustic folk and jazzy reggae. Michael’s original music and compelling energy bring a powerful style that is as much fun as it is innovative…music and technology working together powered by creativity… and he recycles his music LIVE on stage as master LIVE Looper since 1990. His soulful performance delights and inspires.

Michael Monroe has performed his original music for five decades. His hand-crafted Seaton guitars are made of 200 year-old reclaimed wood from the bottom of Lake Superior. These “works of art,” his rich vocals and crystal/bamboo flutes showcase his signature mellifluous sound.

To register for this event please visit the following URL: http://# →